Bodegas Tarón, guest at the 200th anniversary of Ellis Wines

Bodegas Tarón opens its doors to you in grape harvests

Once again, and this is the eighth year, Bodegas Tarón will continue to support one of the most deeply-rooted sports in La Rioja: hand pelota. This has been demonstrated during the presentation of the eighth edition of the tournament that bears its name “Torneo de pelota a mano Bodegas Tarón”. Its manager, Gonzalo Salazar de Gurendes, and representatives of the Rioja company Garfe have announced the details of the championship at a press conference held at the Casa Eloy restaurant in Fuenmayor.

“From Bodegas Tarón, we continue to support this sport that brings us so many victories and joys. A collaboration that unites us with the best pelota in La Rioja”, explained Gonzalo Salazar. It should be remembered that it was precisely Rioja pelota that won the last edition of the tournament, thanks to the pair formed by Prado – Merino II. 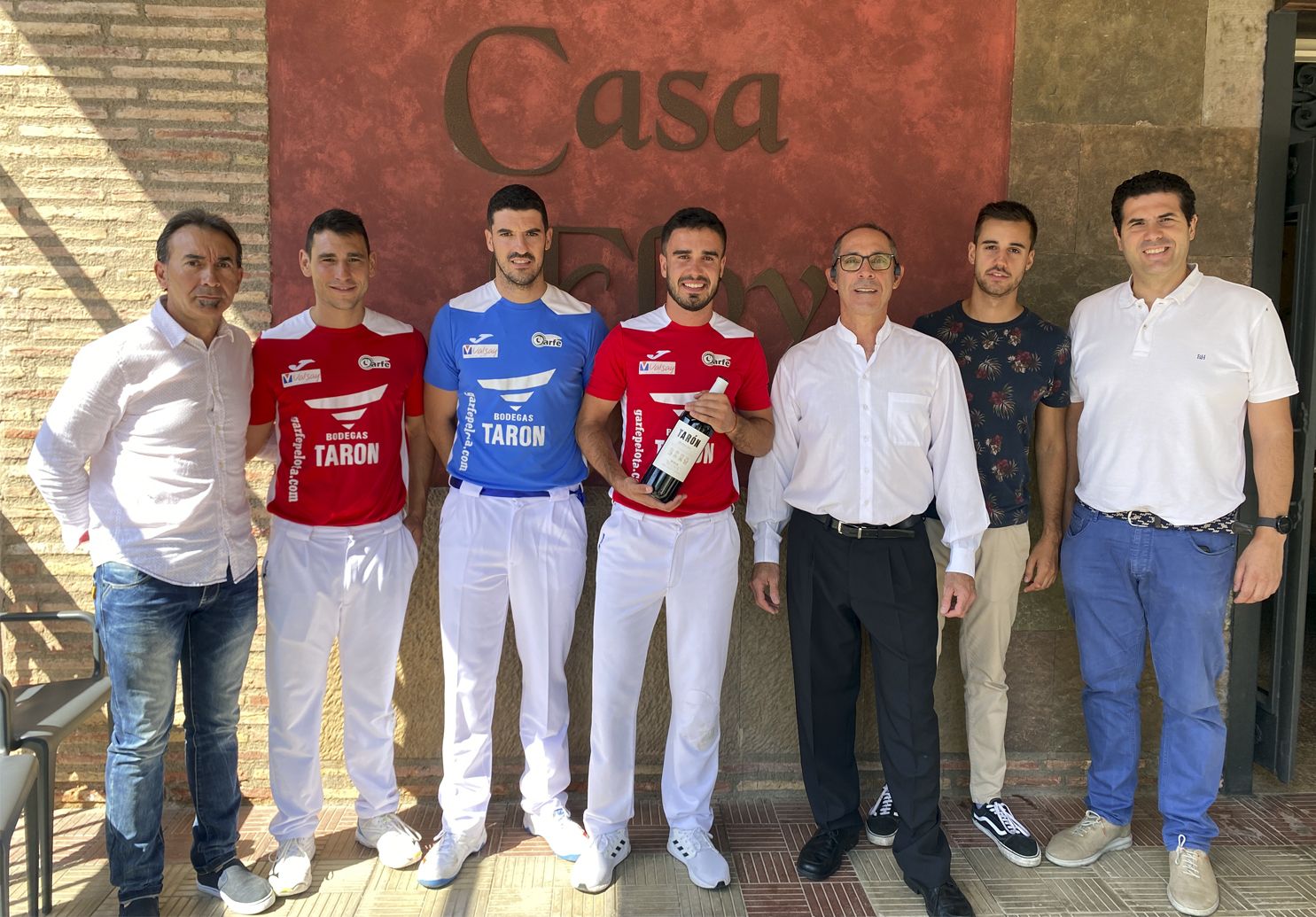 In its eighth edition, the Bodegas Tarón hand pelota tournament will consist of five matches that will take place in some of the most representative pelota courts in the community, such as Navarrete, Badarán, Tirgo, Sajazarra and Cuzcurrita, the latter reserved for the grand final.

In addition, there will be 6 pairs distributed in quarter-finals, semi-finals and finals, according to the following schedule and distribution:

The quarter-finals, which will be broadcast on television, will be played as follows:

The semi-finals will be played according to the following schedule:

The grand final will be played on 29 September in Cuzcurrita de Río Tirón. As is tradition, the winning pair will receive their weight in Bodegas Tarón wine.

Winners of the Bodegas Tarón Tournament

The 2022 vintage is confirmed as the earliest in the history of Bodegas Tarón.