Pantocrator 2011, awarded with a Bacchus d’Or

Pantocrator 2011, awarded with a Bacchus d’Or

Pantocrátor 2011, the most exceptional wine of Bodegas Tarón, has won a Gold Bacchus Medal at the XX Bacchus International Wine Competition held between 25 and 28 April in Madrid. A total of 80 professionals -specialised journalists, sommeliers, oenologists, Masters of Wine and Masters of Sommelier from Spain and abroad- made up this year’s panel of judges at Bacchus 2022. Professionalism, independence and experience to evaluate and recognise the excellence of Pantocrator 2011.

In this new edition of the largest international wine competition held in Spain, 1,747 references from 17 countries have been presented. Bacchus is the only international wine competition of national scope that belongs to VINOFED, the federation that integrates the most reputable competitions worldwide. It is also recognised by the International Organisation of Vine and Wine (OIV) and the Spanish Ministry of Agriculture, Food and Environment (MAGRAMA). Three prestigious organisations that confirm Bacchus as a world reference.

With its previous vintage, Pantocrátor has shone in the different competitions in which it has been presented to date: it obtained a Platinum Medal at the Decanter World Wine Awards (DWWA), being classified with an excellent score of 97 points, thus becoming one of the best wines of the competition. It also obtained 92 points at the International Wine & Spirit Competition (IWSC), 92 Peñín points, 90 points at the International Wine Challenge (IWC), Bacchus de Oro 2021 and Gold at the Concurso de Vinos Casino de Madrid. A Rioja wine that is already a legend.

Pantocrátor 2011 is a limited edition aged wine that will be released soon. It comes exclusively from our own vineyards in Rioja Alta and great vintages. Its name evokes one of the emblematic figures of Romanesque art, so present in the Tarón Territory. Its etymology is a declaration of intentions; its meaning in Greek is “he who can do all things”.

It is a single varietal Tempranillo with selected grapes from the best vineyards owned by the winery, with an average age of 50 years and located in the shelter of the Obarenes Mountains. With vines planted in goblet-trained vines in clay-limestone soils, the fruit is harvested by hand, practising viticulture that respects the environment in favour of quality wines.

The winemaking process is slow and unhurried, following traditional methods. After a full year in steel tanks, it is aged for 24 months in American oak barrels. Once its ageing is finished, it will spend some time in steel tanks before being bottled and resting for at least 6 years in the bottle before being put on the market.

A wine with its own identity that reflects the work and essence of the Tarón Territory, made up of four villages: Cuzcurrita de Río Tirón, Sajazarra, Villaseca and Tirgo. 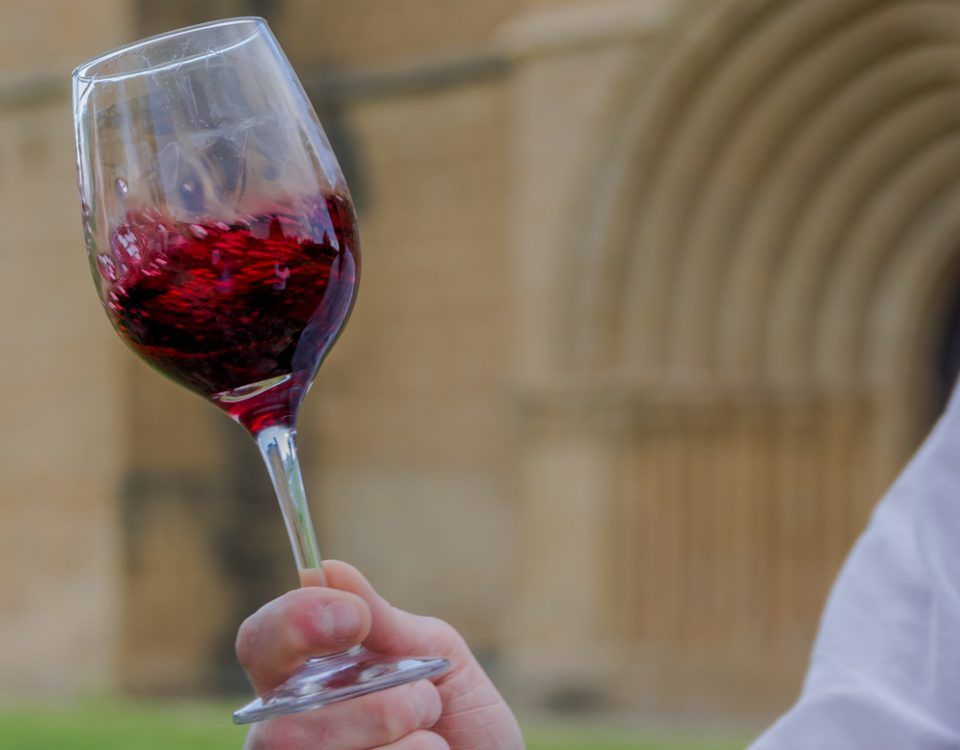